Moscow, October 25, 2019 – Russian pharmaceutical company NovaMedica announces the appointment of the Vice President for Business Development Elena Litvinova to the position of its CEO. Alexander Kuzin, who was the head of NovaMedica since June 2015, has moved on to work for Pharmacy Chain 36.6 where he will take charge of the retail segment.

“By appointing Elena Litvinova, who has already proven herself as an accomplished professional, the new CEO, we support continuity in the management of the company and maintain a caring attitude toward successes that it achieved. The decision is also indicative of the high potential of NovaMedica’s team”, says Olga Shpichko, Managing Director for Investments at RUSNANO Management Company and member of the Board of Directors of NovaMedica. 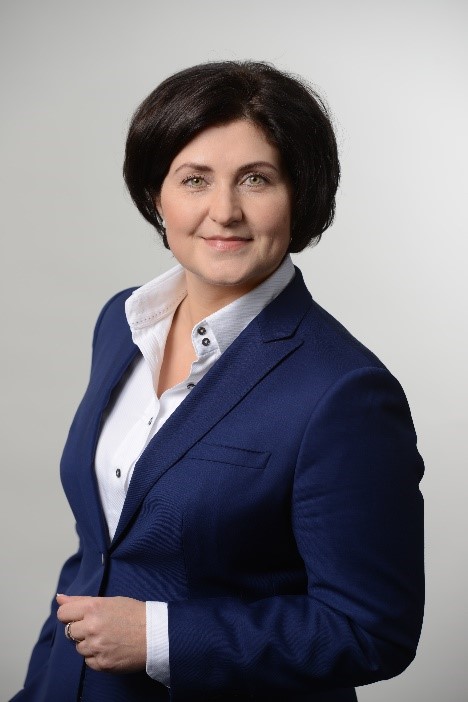 “I am grateful to the shareholders for their support and confidence”, says Elena Litvinova. “Together with our team, which is one of the strongest in the market, we will continue working to achieve the ambitious goals of NovaMedica”.

Elena Litvinova is an acclaimed business leader with deep expertise in product portfolio marketing and strategic development, experience in successful organization of business processes and implementation of projects in the pharmaceutical market, and ability to effectively adapt to its changing conditions.

Elena graduated from the Baikal International Business School of Irkutsk State University, Siberian-American School of Management, with a degree in business administration, and obtained a Global Executive MBA of Vienna University of Economics and Business and University of Minnesota.

NovaMedica is a modern Russian pharmaceutical company founded in 2012 by RUSNANO JSC and the US venture capital fund Domain Associates LLC. NovaMedica's strategy is aimed at search, registration and localization in Russia of intellectual property rights for innovative pharmaceutical products and technologies, as well as at development and implementation of own R&D projects and creation of a modern GMP manufacturing facility. NovaMedica has a well-developed infrastructure for promotion and sales of pharmaceutical products. In April 2017, the company launched in Moscow its own R&D center NovaMedica Innotech, which has state-of-the-art technological capabilities that were previously unavailable in the Russian pharmaceutical industry. Since May 2017, NovaMedica has been building a modern facility in the Kaluga region for production of sterile injectables. In March 2018, NovaMedica, the Russian Ministry of Industry and Trade and the Kaluga region signed the Special Investment Contract (SPIC) for the creation of this new manufacturing site.