Limited attention span? Focus on these market shake-ups in 2015

It has been a whirlwind of a year for pharma, with pricing battles, regulatory showdowns and all-but-legendary M&A. And on the ground, it's Rock-em-Sock-em Robots in some of the industry's biggest markets. A steady flow of new drugs in 2014--and a slate of anticipated launches in 2015--have established brands defending their titles and newcomers looking to land a gut-punch or two, if not a knockout. Here are the match-ups to watch in the coming year. Think we missed something? As always, let us know.

In 2014, the big hepatitis story was Gilead Sciences ($GILD): Its brand-new Sovaldi zoomed to $10 billion-plus in sales, and combo follow-up Harvoni broke onto the market in November. For 2015, the field widens considerably--and it's now the most important front in a U.S. showdown over drug prices. AbbVie ($ABBV) nabbed FDA approval for Viekira Pak, its combination cocktail, in December, becoming Gilead's first next-gen rival, with several more expected in 2015. That's upheaval enough. But then AbbVie struck a deal with pharmacy benefits manager Express Scripts ($ESRX) to stop covering Gilead's meds in return for a hefty Viekira discount. That agreement could well be the opening salvo in a pitched battle for hep C share, with Gilead, AbbVie, Merck ($MRK), Bristol-Myers Squibb ($BMY) and others scrambling to ally themselves with payers. Can other drug types be far behind? Analysts think not, with newly activist PBMs and insurers ready to open fire on pricey anti-inflammatory drugs and diabetes meds, for starters.

Coming up behind hepatitis C in the ranks of pricey, game-changing treatments are the PCSK9 drugs, designed to cut bad cholesterol in patients with serious genetic disorders--and those who simply don't respond or can't tolerate high-dose statin therapy. It's anyone's guess which of the batch might make it to market first, what with Amgen's evolocumab already submitted to the FDA, and Sanofi/Regeneron's alirocumab on the verge of submission and armed with a priority-review voucher. If the agency ushers both onto the market in 2015, then the questions are these: How much? And will payers buy off? Analysts expect the treatments--initially aimed at patients with a genetically programmed form of high cholesterol--to be pricey. Payers have been making noise about the potential cost, particularly because so many patients could eventually be eligible. At stake: A brand-new drug market worth up to $10 billion a year. 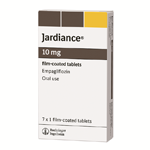 Drugmakers for several years have been attacking the worldwide epidemic of type 2 diabetes with new treatments that work in different ways. But with so many Big Pharma players crowding in, the market has the feel Los Angeles at rush hour. GlaxoSmithKline's Tanzeumand Eli Lilly's Trulicity, both GLP-1 treatments, this year joined Novo Nordisk's ($NVO) Victoza and AstraZeneca's ($AZN) exanatide franchise in that part of the market. In the category of diabetes meds that block SGLT2 proteins, Lilly ($LLY) and Boehringer Ingelheim's Jardiance and AstraZeneca's Farxiga were both approved, following Johnson & Johnson's Invokana. Looking forward, some drugmakers think that combo drugs will be the next big thing. In October, AstraZeneca won an FDA nod for Xigduo, which pairs its SGLT2-blocking dapagliflozin with metformin in a once-a-day, extended-release tablet for adults with Type 2 diabetes. Novo's Xultophy is also a combo, joining long-acting insulin analog Tresiba, with GLP-1 drug Victoza. It was approved this year in Europe but because the U.S. turned Tresiba down last year, must await its approval before breaking into the U.S. market. Meanwhile Sanofi ($SNY) has its own combo of its daily GLP-1 agonist Lyxumia and its market-leading Lantus in the works. Add to that the Lantus biosimilar from Lilly and Boehringer; it could hit the U.S. in 2016, the same time Tresiba is expected to return for reconsideration, setting up a slugfest in that corner.

Things started getting interesting in the hemophilia market earlier this year, with Biogen Idec rolling out new, long-acting treatments for the A and B forms of the disease--and pricing them on par with older therapies from companies like Baxter ($BAX). But Illinois-based Baxter, whose biopharma unit will rely on its hemophilia drugs once it spins off into new company Baxalta next year, has so far held its ground, and recently it submitted its own long-acting hemophilia A prospect for FDA approval. It's not alone, however. Earlier this month, Bayer said it planned to do the same with another hemophilia A treatment, a follow-up on Kogenate, by the end of this year. 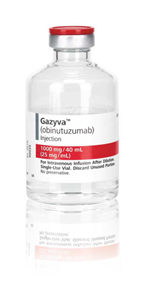 Some of the biggest advances in oncology in the past decade came in blood cancers, where certain forms of the disease have gone from death sentence to chronic illness. Now, a host of new drugs are making inroads, with approvals in lymphoma, various leukemia types, and multiple myeloma, plus hopeful lymphoma data. With Roche's ($RHHBY) Rituxan follow-up Gazyva in early launch mode in chronic lymphocytic leukemia (CLL), GlaxoSmithKline's Arzerra won a first-line CLL nod, setting up a toe-to-toe rivalry. Then, cancer newcomer Gilead scored a June nod for Zydelig, a CLL add-on for Rituxan, pitting it against Johnson & Johnson ($JNJ) and Pharmacyclics' ($PCYC) Imbruvica, which won an expanded label in June. Amgen scored a major approval in December with Blincyto, an immunotherapy targeted at a rare form of acute lymphoblastic leukemia (ALL). Meanwhile, Celgene's ($CELG) Pomalyst and Amgen's ($AMGN) Kyprolis, both approved in 2013 as third-line treatments, are working to break toward earlier use. Not all was sunny, however; GlaxoSmithKline, for one, suffered a blow with poor data on Arzerra in lymphoma and dropped its bid for approval there.

What do Novartis, Amgen, AstraZeneca, Eli Lilly, Merck and Johnson & Johnson all have in common? They're working on next-gen psoriasis treatments that will reshape the market. Out in front of the pack is Novartis' secukinumab, which already has an EMA recommendation and has topped Amgen's behemoth Enbrel and J&J's fast-growing newcomer Stelara in head-to-head studies. But plenty of other challengers are waiting in the wings, too. Behind secukinumab is Amgen and AstraZeneca's brodalumab, a similar treatment that has posted impressive Phase III results in psoriasis and psoriatic arthritis. Meanwhile, Eli Lilly is working through Phase III with ixekizumab, followed by Merck's MK-3222 and Johnson & Johnson's guselkumab. 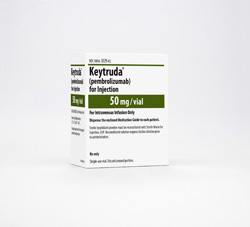 A few years ago, deadly melanoma had seen no new treatments in years. Since then, a half dozen new meds have taken center stage, and drugmakers Merck, Bristol-Myers Squibb, Roche and GlaxoSmithKline are each fighting for their piece of the pie. The biggest change coming for 2015 lies with Merck and Bristol-Myers, which won FDA approval for melanoma-fighting immunotherapies. Now, Merck's Keytruda and Bristol-Myers' Opdivo are up for a head-to-head fight. Meanwhile, Roche and partner Exelixis ($EXEL) filed with the FDA for their melanoma fighting cocktail, which puts Exelixis' cobimetinib alongside Roche's 2011-minted Zelboraf.

Things got off to a rocky start for obesity drugmakers Vivus ($VVUS) and Arena ($ARNA), and they may soon get rockier. Their therapies--Qsymia and Eisai-marketed Belviq-have put up lackluster performances since hitting the market last year, and in 2015 new competition is set to give them a run for their money. Orexigen's competitor, Contrave, has arrived, and some analysts predict it'll grow to surpass its first-to-market rivals with $1.5 billion in sales by 2020. If it does, Orexigen will have marketing partner Takeda to thank: The Japanese pharma has put its commercial muscle behind the drug, fielding an army of 900 sales reps that trumps Eisai's Belviq force. And just this week, the FDA signed off on Novo Nordisk's weight-loss drug Saxenda, a higher dose of the blockbuster diabetes treatment liraglutide, for use in managing weight alongside diet and exercise.