Moscow, April 19, 2017 – NovaMedica, a Russian pharmaceutical company (RUSNANO portfolio company), started operation of the Technology Center designed for the development and pilot production of innovative drug products. It comprises a complex of R&D laboratories and production areas with technological capabilities which are unique for the Russian pharmaceutical industry and one of the best in Europe. Crucial tasks of the Technology Center are to develop the advanced oral medical products of different pharmacotherapeutic groups, including those to treat cardiovascular and gastroenterological diseases, central nervous system diseases, and to create painkillers drugs of the new generation.

Technology Center’s R&D labs were put into operation in the end of 2016 and now they are already working under five projects within the own NovaMedica research program. Further four projects are to start in the course of the year. These drugs have innovative delivery system of active ingredients, which changes bioavailability of drugs and allows to combine incompatible previously substances in one dosage form. As a result, drugs under development will obtain new administration possibilities and they fundamentally surpass a number of analogue drugs in efficacy and safety.

Investments into creation of the center located in the Technopolis “Moscow” amounted to 945 mln RUB. The facilities of the center allow to carry out 15-20 R&D projects and produce up to 80 mln product units per year. Innovative developments will be patented and promoted not only in Russia, but also in the global market. NovaMedica plans to develop its scientific cooperation with leading Russian and international pharmaceutical companies, scientific and technological centers, universities and start-ups.

The development of the portfolio of its own drugs is a significant but not the only task of the NovaMedica Technology Center. The company plans to cooperate with foreign and local partners and to fulfil their drug development orders. The global market of pharmaceutical R&D-services equals to $8-10 bln per year, the Russian one, growing by 15-20% annually, amounts to approximately 1 billion RUB. NovaMedica intends to occupy about 20% of the Russian market by 2022. 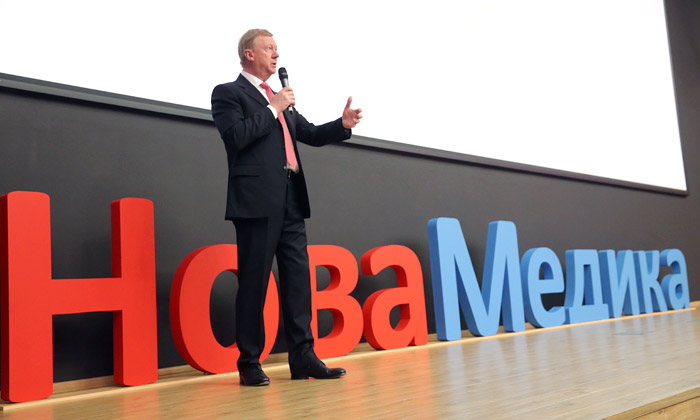 Anatoly Chubais, Chairman of the Executive Board of the Managing Company RUSNANO

Today we are launching a facility which without exaggeration can be associated with “Big Pharma”. State-of-the-art equipment is installed here and this allows to perform researches on the level previously unobtainable in Russia. Drug products to be produced here were developed by the major international producers. However, the fundamental difference of NovaMedica is that we are not going to produce just generics as many do, the laboratory complex allows to carry out own developments. In particular I would like to note the role of the Moscow authorities. It would be much more complicated for us without their support and without the infrastructure complex created in the Technopolis.” 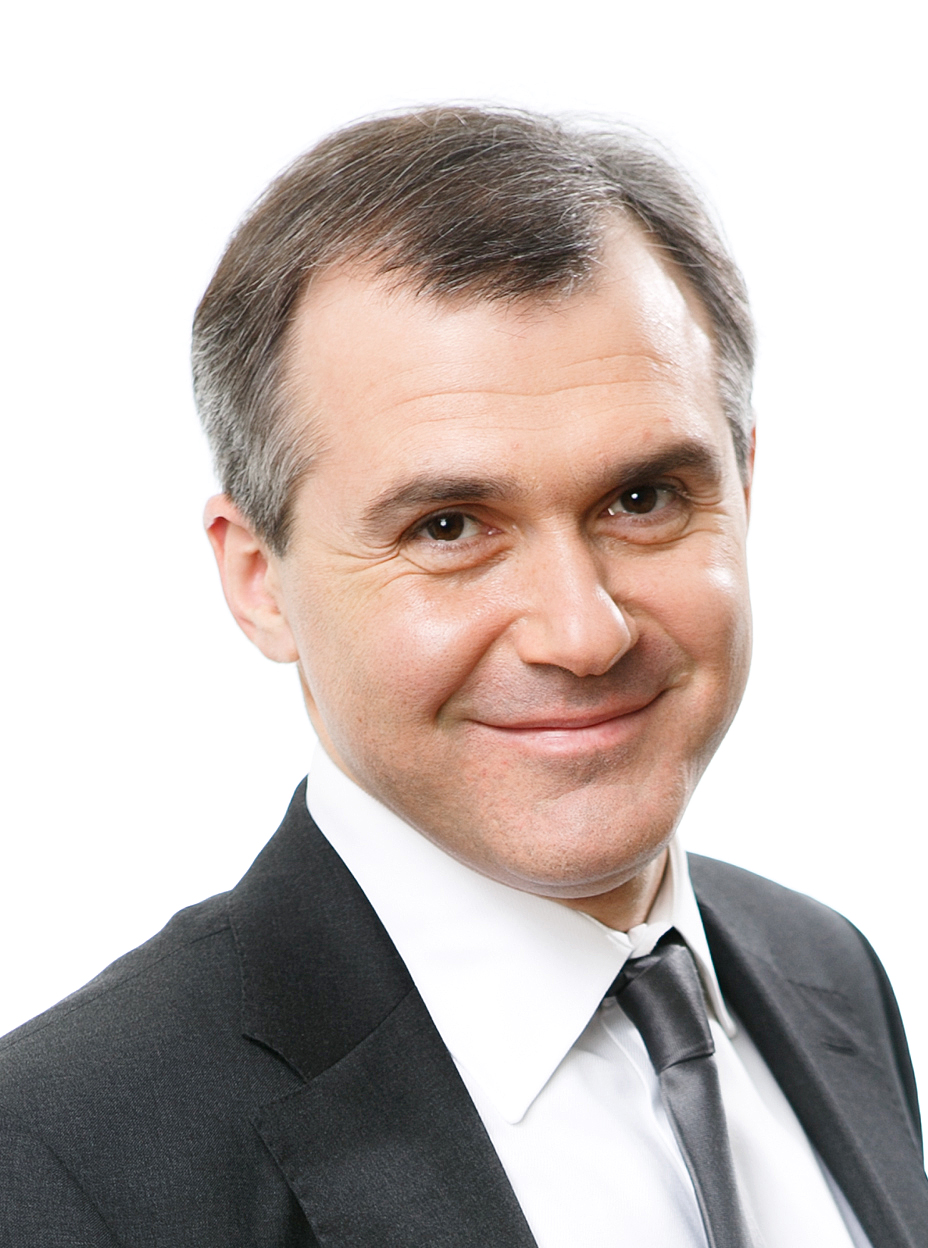 Leonid Melamed, Member of the Board of Directors of NovaMedica

“Creation of the Technology Center will significantly speed up the process of development and market launch of the local innovative drug products. However, it is necessary to work in all directions to flood the Russian market with drugs which are highly required by the Russian patients. Today we have launched the Technology Center in Moscow and already in May within the frames of NovaMedica and Pfizer partnership we are going to commence construction of the GMP-plant for the sterile injection drug production in the Kaluga region. More than 30 drugs of vital importance to cure severe bacterial and fungal infections, cardiovascular, inflammatory and oncological diseases will be localized at this plant.” 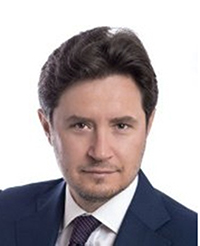 “Launch of the up-to-date NovaMedica Technology Center means a significant step in the development of the R&D-industry in Russia which, on the one hand, is an indicator of social and economic development of the state and, on the other hand, is a linking element in the process of import substitution in the high-technology industry of our country.”

NovaMedica Innotech, LLC carries out the process of creation and development of the Technology Center. It is a R&D division of NovaMedica which was established to develop new drug products and to transfer intellectual property rights (100% subsidiary of NovaMedica LLC, and a participant of Skolkovo Foundation since July 2013).

NovaMedica is a modern Russian pharmaceutical company established in 2012 by Domain Associates LLC, leading U.S. venture capital firm, and RUSNANO, JSC. NovaMedica strategy is aimed at search, registration and localization in Russia of intellectual property rights for innovative pharmaceutical products and technologies as well as at development and implementation of own R&D-projects. NovaMedica owns intellectual property rights within Russia and the CIS for 36 innovations which are part of the portfolio of RusnanoMedInvest, venture capital foundation. These are drugs for antivirus and anti-inflammatory therapy, to cure ophthalmic diseases and epilepsy as well as innovative technologies to detect oncological and infectious diseases. NovaMedica also develops a pipeline of its own drug products. R&D Division of the company plans to develop about 15 own drugs by 2022. Five out of them are already on the different stage of development – from creation of a drug formulation up to clinical trials and state registration, and four more are on the stage of launch. These are drugs to cure disease in the sphere of gastroenterology, pain treatment, neurology, ophthalmology and rheumatology. In April 2017 NovaMedica launched the Technology Center with state-of-the-art technological capabilities which were previously unobtainable in the Russian pharmaceutical industry. In 2016 NovaMedica became the key partner of Pfizer in Russia. Within the frameworks of this partnership NovaMedica plan to start construction of a pharmaceutical GMP-facility in the Kaluga region in May 2017. NovaMedica possesses a well-developed infrastructure to market promotion and selling of pharmaceutical products. More information at www.novamedica.com, follow us on Facebook and LinkedIn.

RUSNANO Joint-Stock Company was founded in March 2011 through reorganization of state corporation Russian Corporation of Nanotechnologies. JSC RUSNANO contributes to implementation of the state policy on the development of the nanotechnology industry by investing directly and through investment funds of nanotechnology in financially effective high-technology projects providing the development of new production facilities in the Russian Federation. Its primary investment focus is in electronics, optoelectronics and telecommunications, healthcare and biotechnology, metallurgy and metalwork, energy, mechanical engineering and instrument making, construction and industrial materials, chemicals and petrochemicals. 100 percent of shares of JSC RUSNANO are owned by the state. Thanks to investments RUSNANO currently opened 73 factories and R&D centers in 28 regions of Russia.

Management of assets of RUSNANO JSC is carried out by Limited Liability Company established in December 2013, RUSNANO Management Company. Anatoly Chubais is the Chairman of its Executive Board.

The Skolkovo Foundation is a non-profit organization founded in September 2010 by the Russian government with the objective of accelerating Russia’s transformation from a resource-intensive to an innovation-based economy. To achieve this objective, the Foundation is overseeing the creation of the Skolkovo Innovation Center, composed of more than 1,600 high-tech startups, Skolkovo Technopark, the Skolkovo Institute of Technology (Skoltech) - a new graduate research University established in collaboration with the Massachusetts Institute of Technology - and Skolkovo city, located near Moscow. Together, these entities establish a vibrant ecosystem of technology innovation and entrepreneurship. The cumulative revenue of Skolkovo’s startups through June 2016 reached $1,6 billion. They brought in more than $350 million in investment, creating 21,800 jobs and filing over 1,900 patent applications along the way. By 2020 over 2 million square meters of residential and office space will be built in Skolkovo with 35,000 people working daily in the Innovation Center. More information at: www.sk.ru