Home Media Center Industry news What next for vaccine diplomacy?

What next for vaccine diplomacy?

China and Russia have been sending millions of doses of coronavirus vaccines to developing states in recent months. Through this “vaccine diplomacy” operation, Russia and China aim to strengthen their global presence and boost their bilateral relations with the many emerging countries where Western influence is declining.

Russia and China are playing a long game with vaccine diplomacy. Their intention is not only to win plaudits for fulfilling a short-term need, but to cement their influence over the long term. Both countries are establishing vaccine facilities across the world and training local workers from emerging countries, betting that such a strategy will boost their presence on the ground for decades to come. 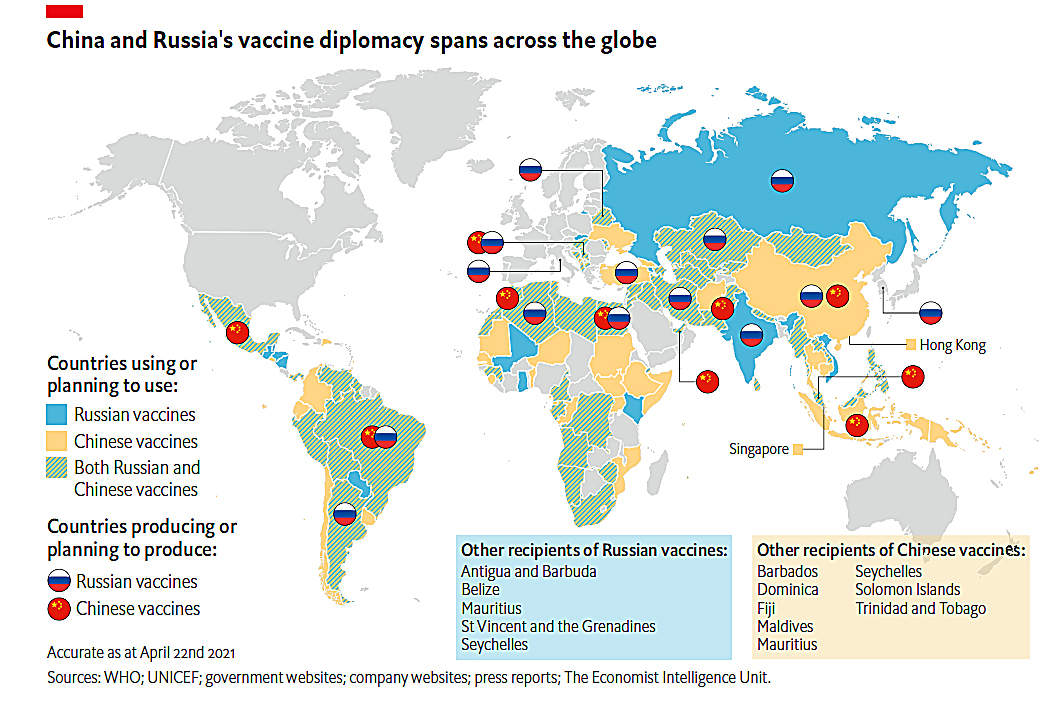 In doing so, Russia and China are gaining leverage on the cheap while fulfilling commercial goals. In most cases, they are not donating vaccines, but selling them; in China’s case, state-owned firms are competing with private ones for the supply of shots. Assistance in the form of vaccines will often come with economic or political strings attached. For instance, Russia started discussions with Bolivia about access to mines producing rare earth minerals and nuclear projects shortly after delivering a consignment of its Sputnik V vaccine. Vaccines may also prove to be a reward for countries that have proved to be reliable partners in the past. For example, China may seek to reward Cambodia and Laos with vaccines for their support on territorial disputes in the South China Sea. Meanwhile, Pakistan may be getting shots in return for its approval of projects linked to China’s Belt and Road Initiative (BRI).

Russia and China hope that recipient states will prove grateful and find it hard to say no if they ask for a favour. Looking ahead, both China and Russia will expect recipient countries to back them at the UN, facilitate access to natural resources, fast-track the approval of investment projects, facilitate trade, or become more open to buying defence equipment or 5G technology. That vaccination against the coronavirus could become an annual occurrence for at least some age groups is only likely to reinforce this trend.