NovaMedica has launched in Moscow its R&D Center for development of new drug products. The Center is going to become attractive R&D site for customized developments and contract manufacturing. 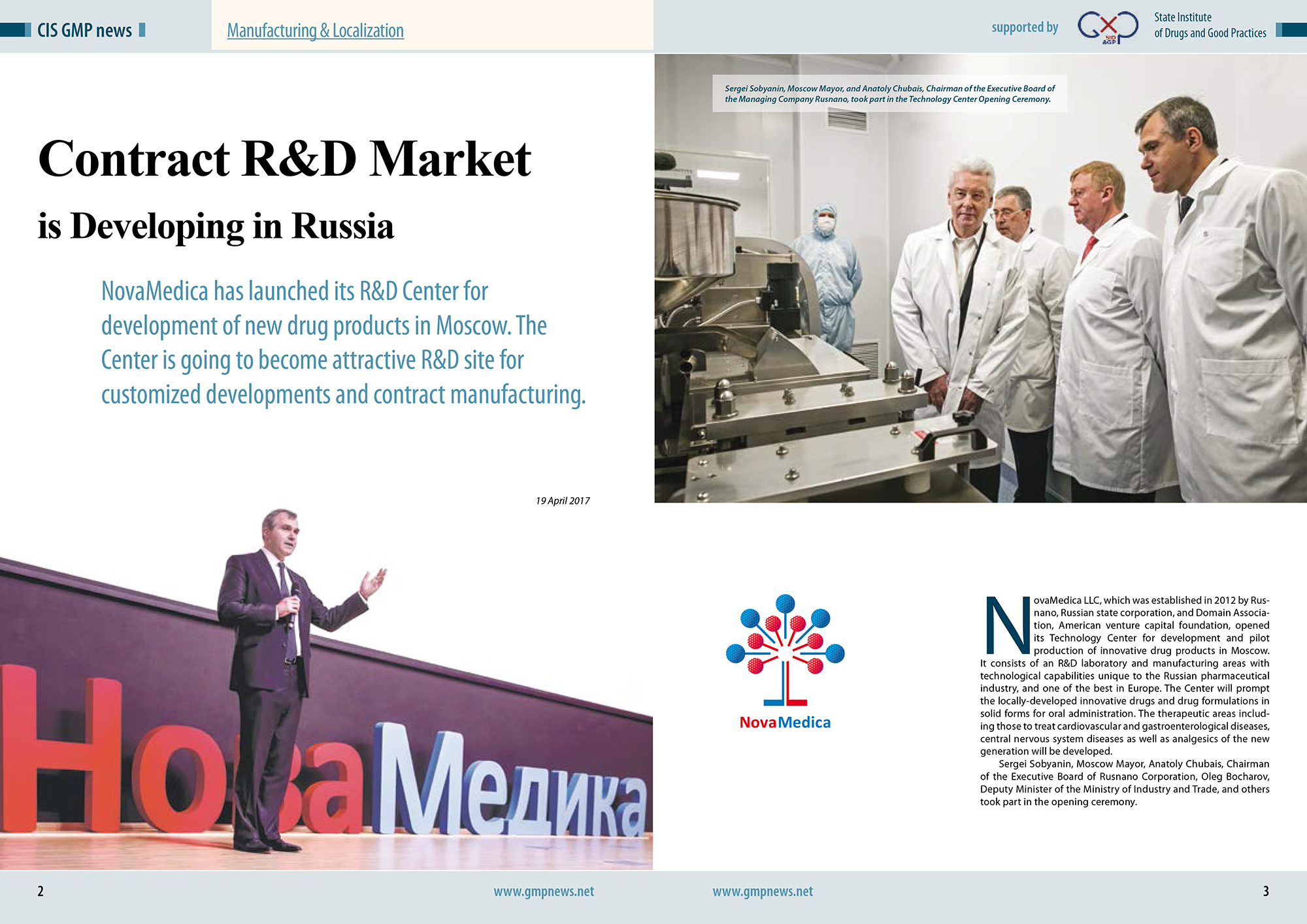 April 19, 2017 NovaMedica LLC, which was established in 2012 by Rusnano, Russian state corporation, and Domain Association, American venture capital foundation, opened in Moscow its Technology Center for development and pilot production of innovative drug products. It consists of an R&D laboratory and manufacturing areas with unique for the Russian pharmaceutical industry and one of the best in Europe technological capabilities. The Center will prompt the locally-developed innovative drugs and drug formulations in solid forms for oral administration. The therapeutic areas including those to treat cardiovascular and gastroenterological diseases, central nervous system diseases as well as analgesics of the new generation will be developed.

Sergei Sobyanin, Moscow Mayor, Anatoly Chubais, Chairman of the Executive Board of Rusnano Corporation, Oleg Bocharov, Deputy Minister of the Ministry of Industry and Trade, and others took part in the opening ceremony.

R&D Laboratory of the Technology Center is already working on five projects of development program of NovaMedica. Four more projects will start during the year. These are drugs developed on innovative delivery platform ensuring improved bioavailability or compatibility of active ingredients. Thanks to acquired functional properties, unique characteristics and high quality of the produced drug products the Patients will benefit from more effective and safe medicines compared with equivalents that exist on the market.

Anatoly Chubais, Chairman of the Executive Board of the Managing Company RUSNANO:

“Today we are launching a facility which without exaggeration can be associated with “Big Pharma”. State-of-the-art equipment is installed here and this allows to perform researches on the level previously unobtainable in Russia. Drug products to be produced here are developed by the major international producers. However, the fundamental difference of NovaMedica is that we are not going to produce just generics as many do, the Laboratory complex allows to carry out own developments. In particular I would like to note the role of the Moscow authorities. It would be much more complicated for us without their support and without the infrastructure complex created in the Technopolis.” 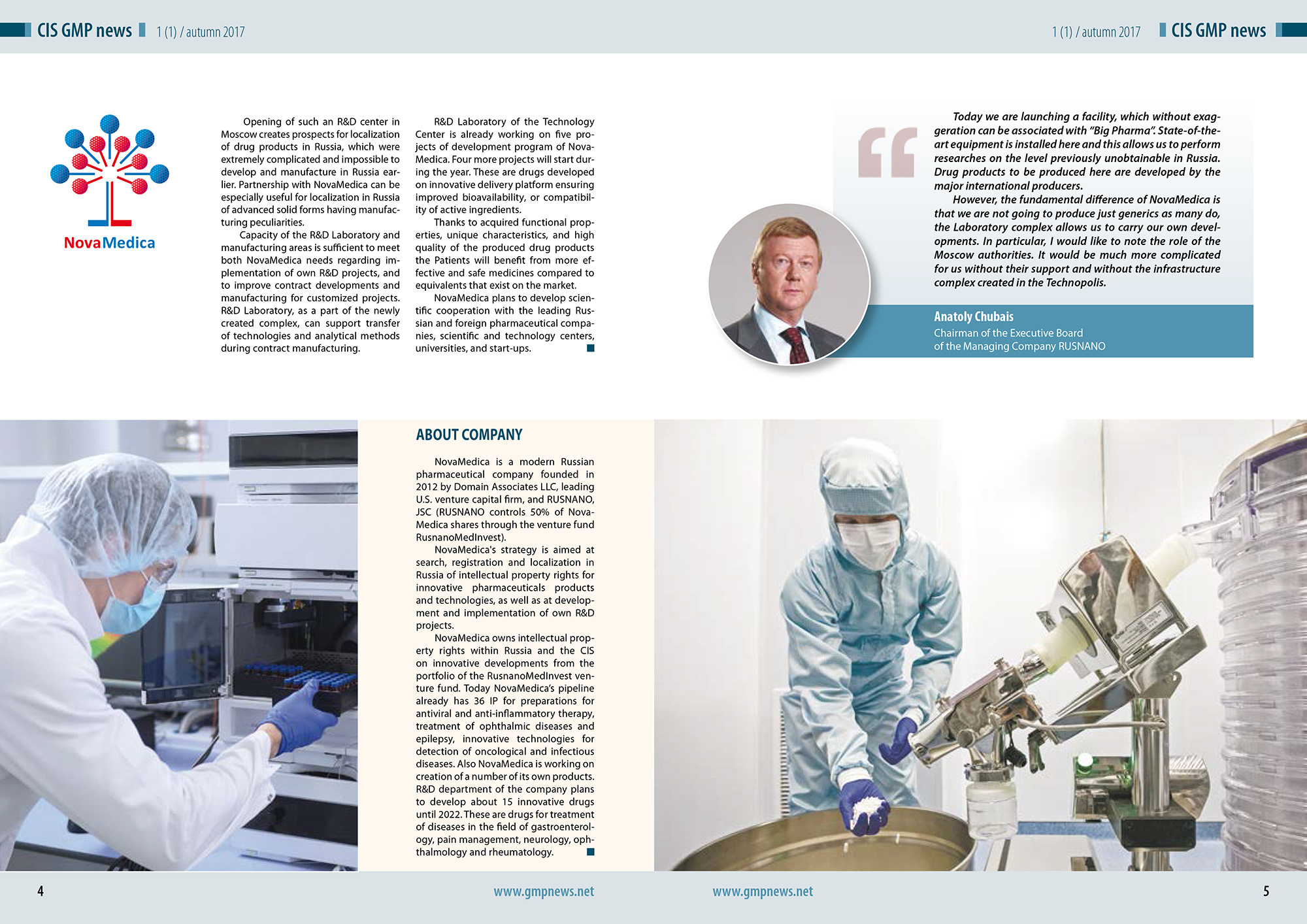